Some viewer like Firestorm and Kokua have built-in AO (Animation Overrider). This makes the use of scripted AOs unnecessary, which in turn reduces the amount of scripts you wear, and so server-side lag.

The AO is accessed via a button on the bottom button bar. 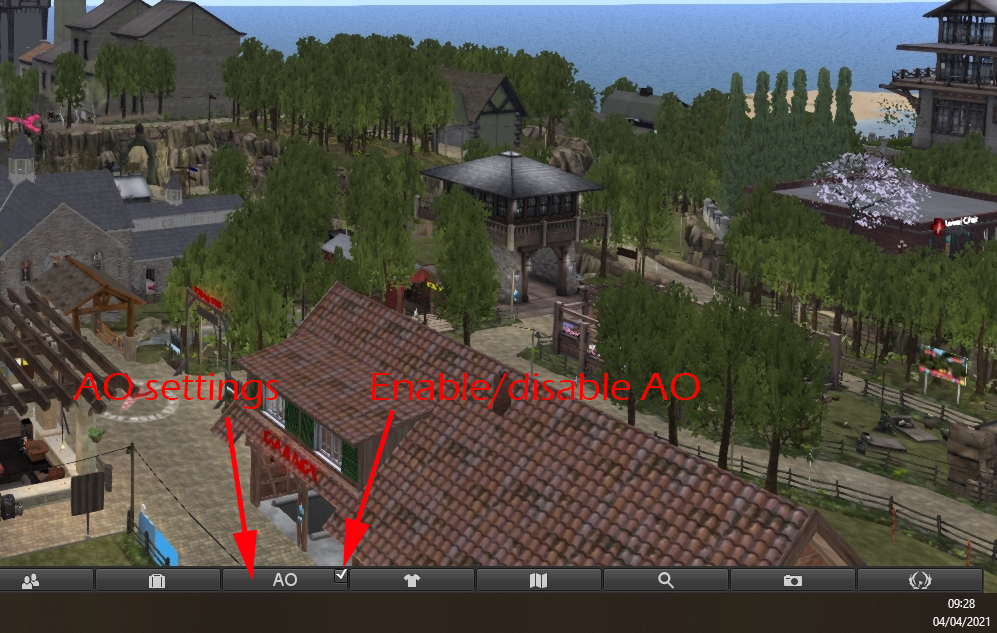 The AO is activated by clicking the checkbox on the AO button corner AO. It will show checked, as in the image above. To disable it, press the checkbox again, and it will appear unchecked.

If you click the AO button, a small window will pop up, that window will give you full control of your AO including setting it up.

if your client AO is enabled, you have to take off any animation HUD, switched them to OFF is not enough!

The main AO window offers you a list of features to help you to configure one ore several sets of animations. 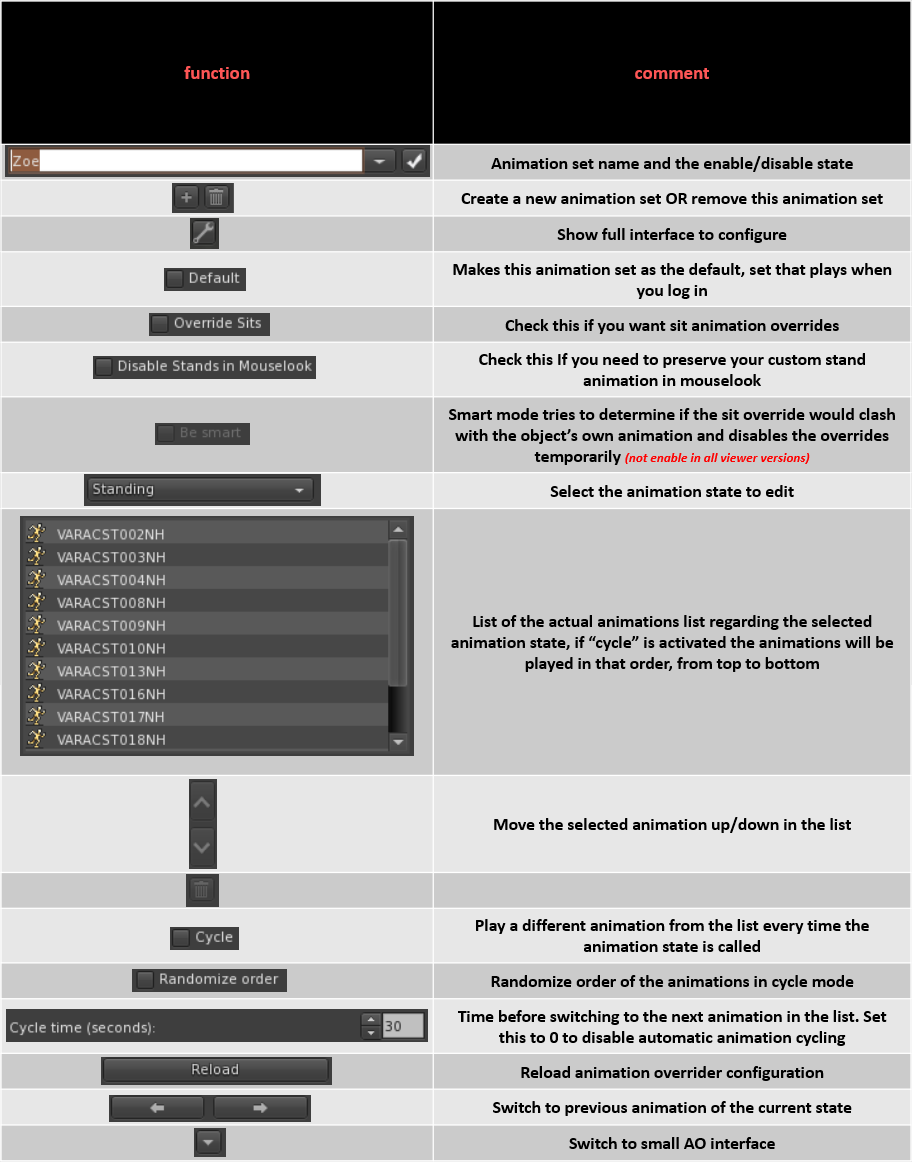 To set it up you can either use a notecard or do it manually, we will explore both possibilities

But first of all we need an AO source, typically we all use AO HUDs and those include everything what is needed to set up our client AO

To do so we recommend you to rez a prim on the floor first and than rez the unworn AO HUD on that prim. 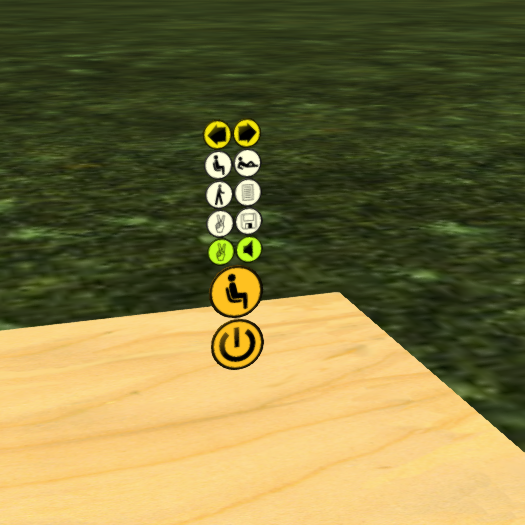 Right click the rezzed AO HUD and select in the menu "Open". 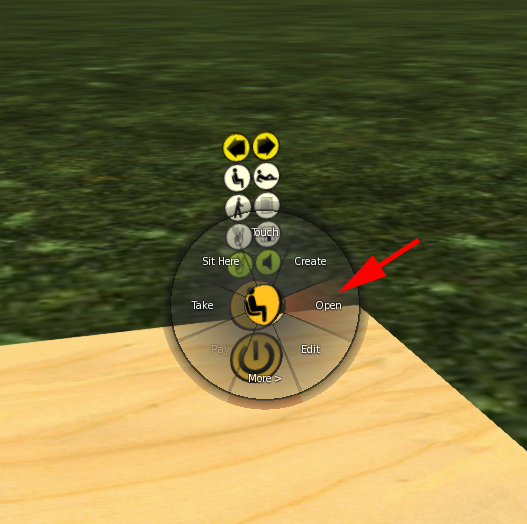 From the popping up window, select "Copy to Inventory" to get everything what your AO HUD contains in your inventory. 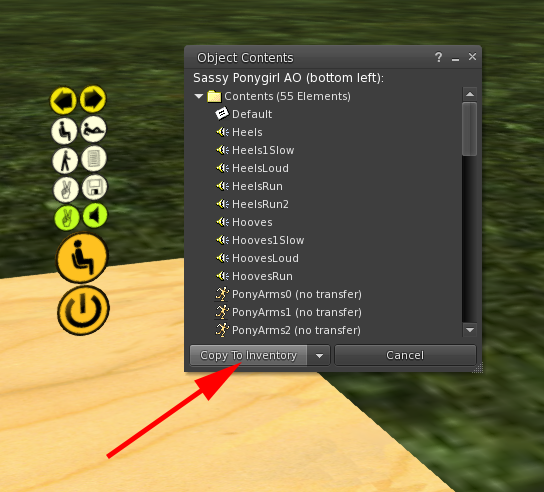 As result you should have a new folder in your inventory with everything what your AO HUD has to offer as content. This folder can be dragged to another folder where it is out of the way but still available, like the Animations folder, for example.

3.2 Set it up with notecard

The notecard must be in standard ZHAO II format, or in Oracul format. Most AO creators support ZHAO II so you should not run into issues. However, it must be noted that some major vendors have extended the ZHAO II format, and thus their AO notecard will need to be edited before they can be used in the client AO. Similarly, older AOs which use the old ZHAO format will have to be converted.

The notecard must be in the same floler as the animations, or it will not load. Once imported, the client AO creates a new special folder: #Firestorm → #AO. This folder is protected - meaning, it cannot be deleted, nor items removed from it. Inside that, are several more folders, containing links to the original animations. So do not delete the original animations used or the AO will “break”.

As noted above, the Firestorm AO supports notecards in the standard ZHAO II format. Here is an example of what such a notecard looks like:

Notice how the animation state is in brackets, followed by each name of the animation separated with a pipe character “|”. Lines should not be longer than 255 characters, and in the example above, the animations in the Standing group have been broken up into several lines so they are shorter and easier to read.

Once your newly created folder with all the contents has been placed in its final location, you can open the client AO menu and drag and drop the AO notecard into the animation list box. The animation set name will be the notecard name, so better be sure you give it a correct name before proceeding 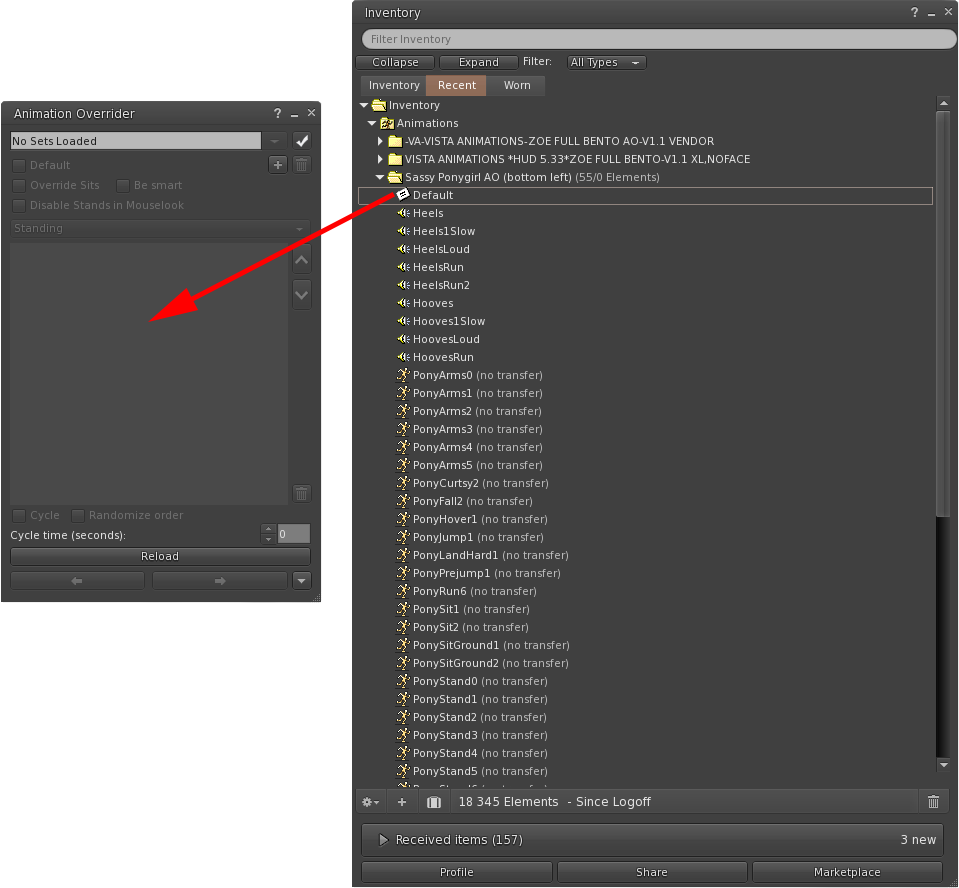 When the operation is done you can check the local chat window for eventual problems occurred during the importation.

To correct the errors you can either delete the created animation set, edit your notecard to adapt it and start the process again until you have the wished result. Or you can manually correct the animation set...see below!

I haven't found so far a notecard that is read from client AO without an error, so...have fun!

There is no need to have a prepared AO with a notecard to create a client AO, you can “roll your own” if you have animations to use. First of all open the client AO window and create a new animations set: 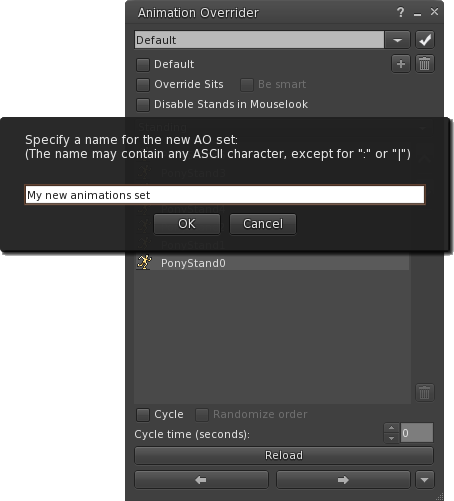 You can easily create a very light animations set with very low lag and fast response time for your favorite ponyplay competition, for this you have to populate at least the following states: 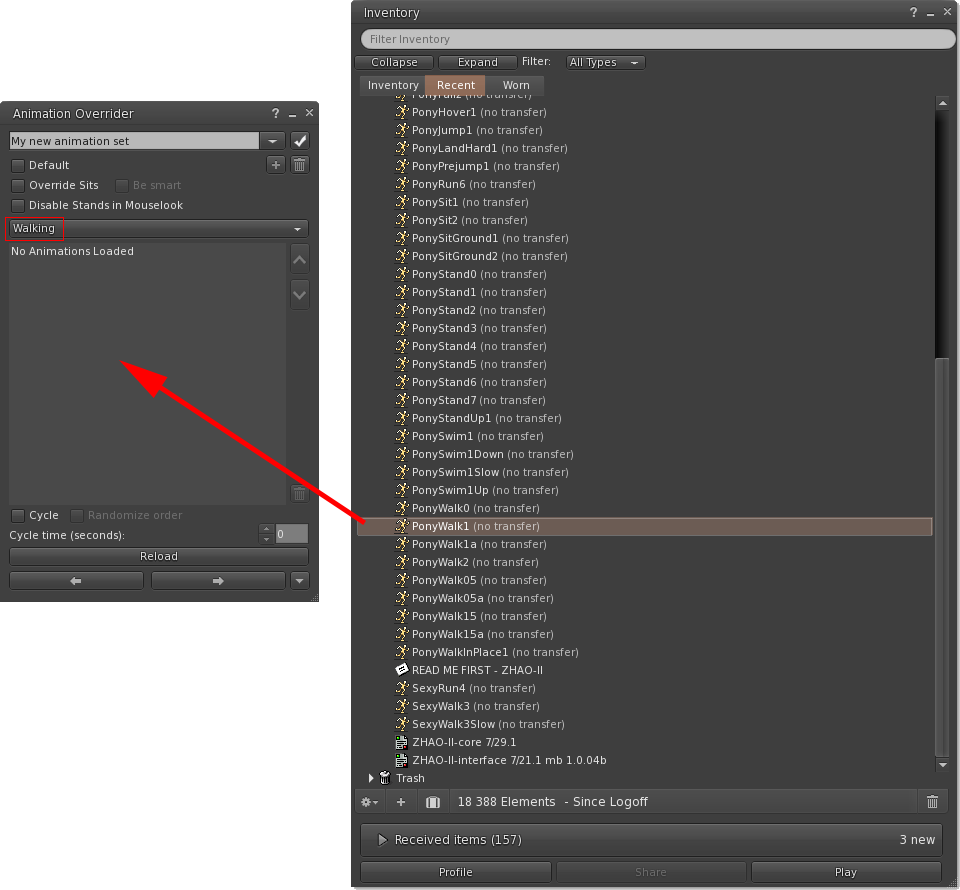 If you don't populate the Pre jumping state, it doesn't mean you are using "Quickjump". For unpopulated state SL will just use the internal animations